Tooting my own horn...

My fiancée and I attended the Foothills Camera Club banquet last Friday. The food was great and the photography was even better. The top photographers in the club were honored with a variety of different awards. I ended up getting third for the Foothills trophy which surprising since neither of my entries ribboned. (I guess cumulatively they were good enough to get considered for the trophy though). My photo essay, which I spent a lot of time on, managed to get an Honorable mention which is not too shabby considering it was my first attempt at doing a photo essay. 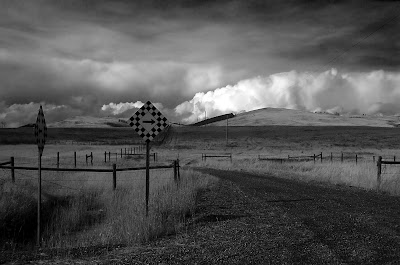