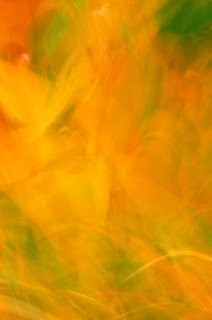 One of the current challenges on dpchallenge is "Abstract Emotion". It sounds simple enough however abstracts are hard to create effectively - at least ones that speak to the general public. However, with this topic in mind I played with creating some really funky abstracts and hoped for the emotional appeal. 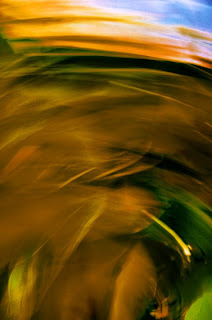 These images were all created using the same shooting technique but used different subjects and different editing. The technique was basically zoom burst (zooming while shooting) and twisting the camera. I found the effect to be almost whimsical and airy and light in the first image and almost rather dark and ominous in the third one. 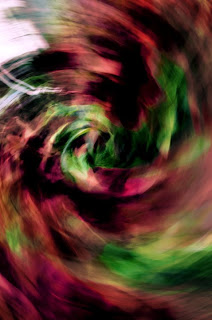 In the first shot I was shooting fall leaves with the technique. The third shot was of a flower bed. The second was also fall leaves but with more sky involved.
Personally I really like the pastel colors in the first one. It almost feels like a painting to me. The second and the third one especially, feel darker and as such aren't quite as enjoyable to view. (Kinda like looking at a train wreck. Not nice but you can't take your eyes away).