Some fun with film 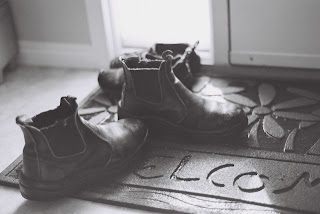 A few months ago, I bought a Nikon Film SLR from a friend at the Foothills Camera Club. My first roll was some black and white C41 process Ilford XP-2. I wasn't overly inspired when I was shooting and the look of the black and white on the prints was rather blah. This image of my boots was one of my favorites.

The nice thing about the film is that its relatively cheap and easy to develop if you need to use a lab since its C41 which is what color negative is. (I.e. what you can take to ANY photo lab).
I had also purchased a roll of Ilford HP5 Plus. I loved the results I got. Of course I should have. After taking in the other roll to get processed I went out shooting on Stephen Avenue with the HP5 plus loaded. And it was 20 degrees below Celsius. I was using my 70-300 mm lens that day. The problem with it is that it has no aperture ring so everything was shot at f/22. (The camera body isn't new enough to control the aperture either) Fortunately, since its such a long lens I was able to control depth of field easily enough. 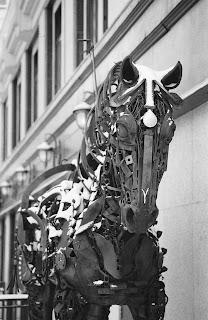 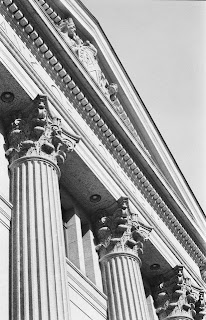 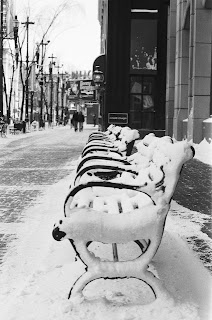 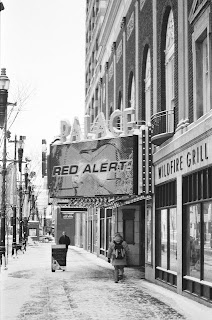 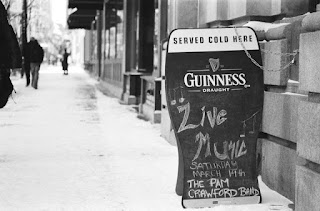 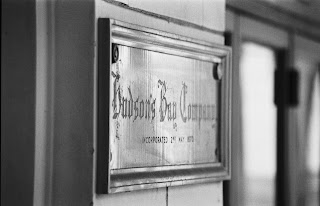